Last month we reviewed 10 Australian Food Influencers You Should Follow. Now we are taking a look at some of Australia’s most influential lifestyle influencers. This talented bunch runs the gamut from beauty, sport, and fashion to food and travel. What links them all is a love of life, spontaneity, great attitude, an eye for beautiful visual content creation, and of course armies of followers that hang off their every word and post. This is just a small sample of great Australian influencers worth checking out. If you would like to know more, or how your brand can benefit from working with influencers like these, please get in touch.

After traveling to London, Lisa discovered a whole new way to inspire people by sharing her high street shopping trips, and living a life of luxury and style. Something that started as a creative outlet has evolved into a part-time job, in addition to her work in physiotherapy and passion for health.

The reason we love her is because her passions do extend beyond fashion, like health and travel – being what we like to call a “360 influencer”!

She has worked with different brands including Magnum (a FORWARD client) , Kate Spade, The Iconic, Nike, Pure Organic Bars, Yves Saint Laurent, amongst others. 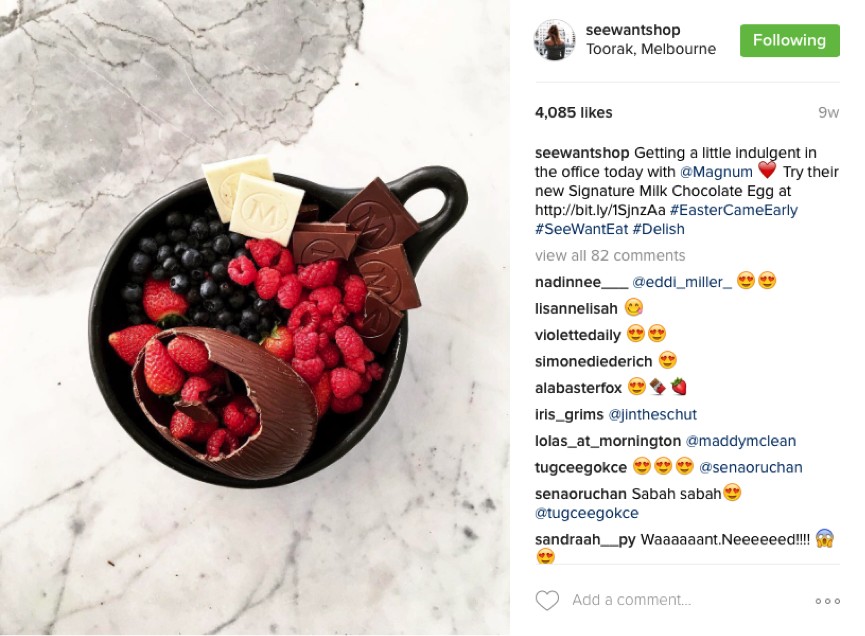 7 Channel TV Presenter and MYER ambassador, Rachel Finch has inspired audiences all around the world with her beauty and aspirations.

She has made her mark on the world stage when she represented Australia at Miss Universe in the Bahamas in 2009. Since then, the natural beauty has proven her versatility across a great variety of platforms and projects.

This Australian influencer knows how to authentically engage with her audience on number of different topics and brands that play within lifestyle, food, fitness, beauty, travel and fashion categories – such as New Balance, Speedo, Target, Virgin Australia, Blackmores, to name a few.  We worked with Rachel with our client Vitasoy.

Besides her various projects and brand work, she also contribute regularly to different charities – so you know she’s a safe bet when it comes to ambassadorships as well. Watch this space! 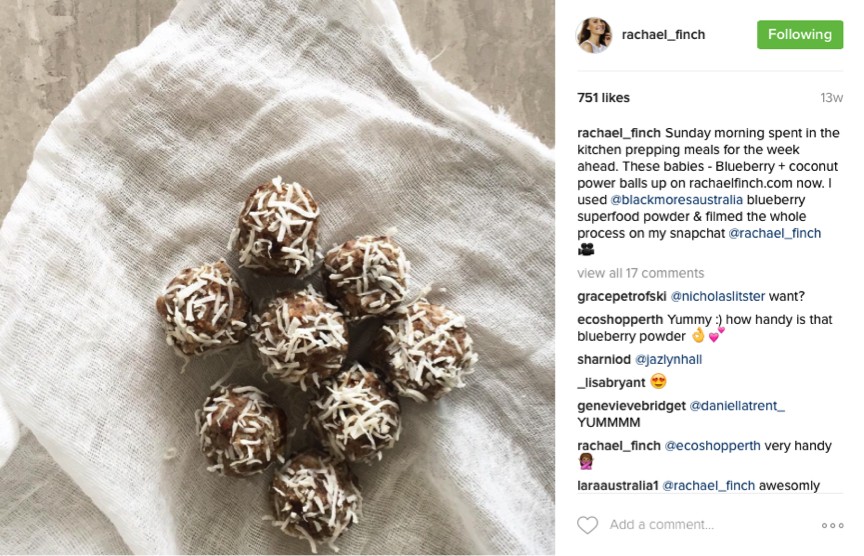 After winning Australia’s heart in the popular TV program The Bachelorette in 2015, Sam Frost has proven to be a strong and motivational woman.

Sam is all about empowering men and women to be their best self, sharing her passion for health and well being in every aspect of life. She shares a lot of her personal life with her fans, from where she’s holidaying and eating, to how she’s getting ready for her next big event and keeping herself healthy.

Her contributions with brands like Alpha Keri (a FORWARD Client) and Sumo Salad. Sam also works with media titles like Cosmopolitan, NW magazine and Channel Ten.

She now hosts a radio show next to Rove from 6 to 9 am every weekday in 2DAY hit104.1, and can engage well with every-day Australians. 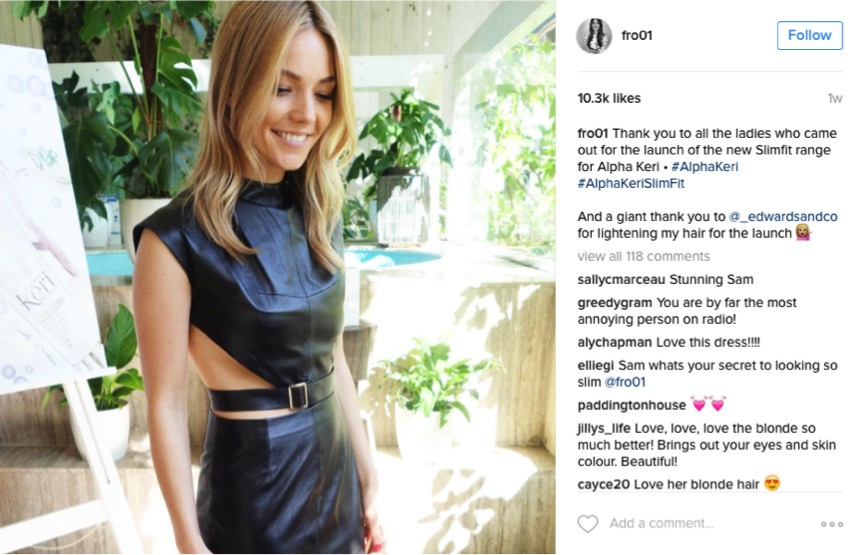 Nikki is known as a dynamic influencer as she has appealed to a wide range of media titles – making appearances on TV shows such as Channel 10’s Can of Worms, New Zealand’s Next Top Model, The Morning Show, Today Show, Pyramid, 12 ways to Christmas along with filming many fashion and fitness pieces for Austero and Foxtel.

She has also been the face of brands such REEBONZ, Cotton On Body, Cleo Magazines Swim Week, Jockey, Emma and Roe; and worked with multiple brands like Magnum Chocolate, The Iconic, Polo in the city, Jeanswest, Gillette and RM Williams.

With over 700,000 views, her blog is a must read – especially if you’re interested for #inspo when it comes to leading a healthy and glamorous lifestyle! 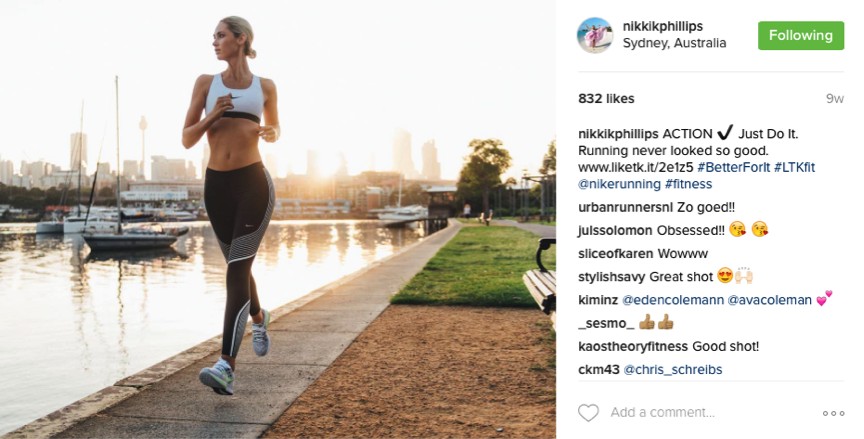 Pia left her law career to follow her dreams, and now is a highly influential model and blogger who epitomises a healthy lifestyle.

She has graced a number of magazine covers and has been featured in publications such as PopSugar, Style Magazine, Lita Magazine, Maxim, Sports Illustrated, CLEO, The Collective Renegade, FHM, and M!

Her blog “Finding the Finer” is definitely worth looking at, as she puts a lot of her heart and soul into what she shares with her fans. She’s known to have incredible fan engagement, not just likes but comments and starting conversations. Her brand work includes L’Oreal, Garnier, Numestyle, Adore, and she also owns sportswear line, SLINKII Athletic. 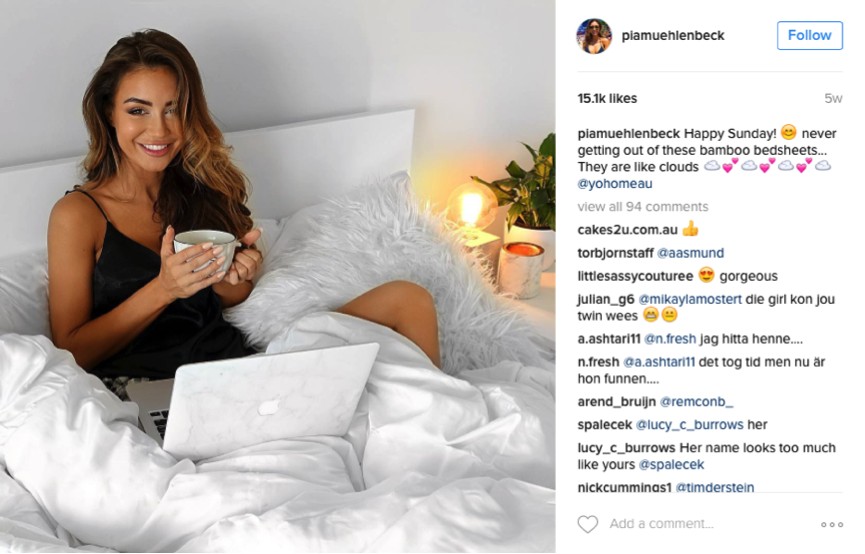 Based in Sydney, Talisa Sutton is the founder of fashion & lifestyle blog, Badlands.

Started in 2010, Badlands is a website where Talisa shares her love of design, interiors, fashion and travel including personal style and collaborations such as L’Oreal, Gucci, Ferragamo and David Jones.

Her work across different media titles has been instrumental to her social media success, as we seen her work with brands becoming more frequent. Again for Talisa its about engagement – she knows her audience looks to her for advice on where and what to buy, so will frequently respond to questions her followers post. 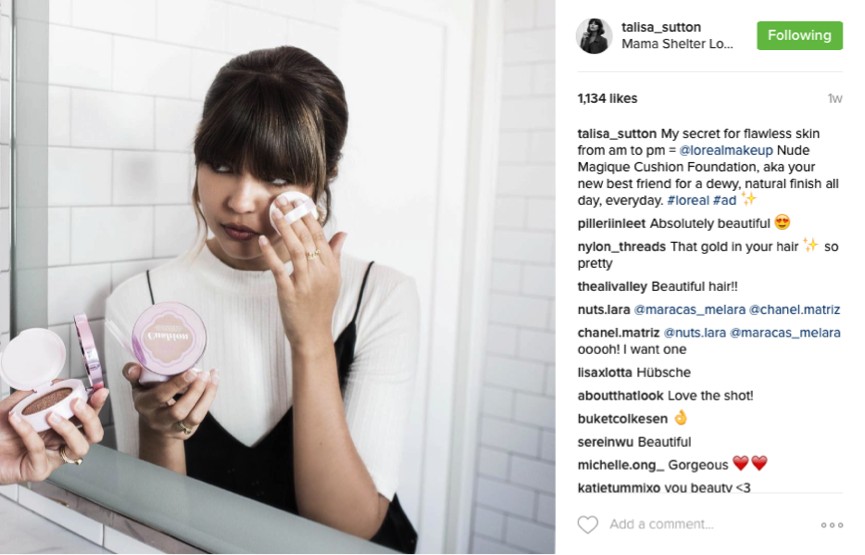 Yan Yan Chan, who might seem just an average student, has captivated the attention of thousands through her blog and social media.

Yan Yan has now also added content curator for Topshop Australia to her resume, so we’re excited to see what she does next with her social media pull. 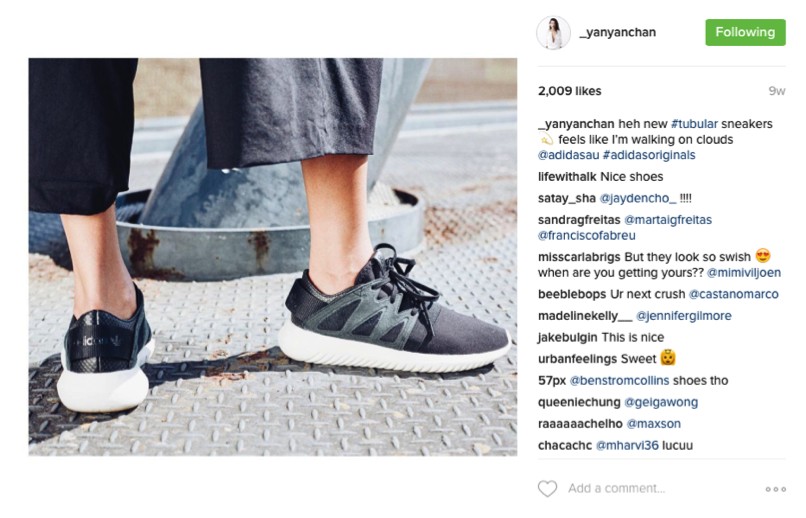 If you’re looking to follow someone fun and possibly a little bit different to what you’re probably used to, @katepeckme is definitely influencer for you! That’s why we love her – because she is so fun and so real, and being relatable is really important when it comes to social influencer.

Since taking on the role as video jockey for MTV in Australia in 2012, Kate has been wowing audiences with her fun loving spirit and engaging interviews.

With an impressive list of ambassadorial roles to her name like Myer and brands like BMW Australia and Benefit, this influencer has proven to be genuine and outstanding.

Plus, she is a big supporter when it comes to crowdfunding for humanitarian causes, this is definitely one to watch! 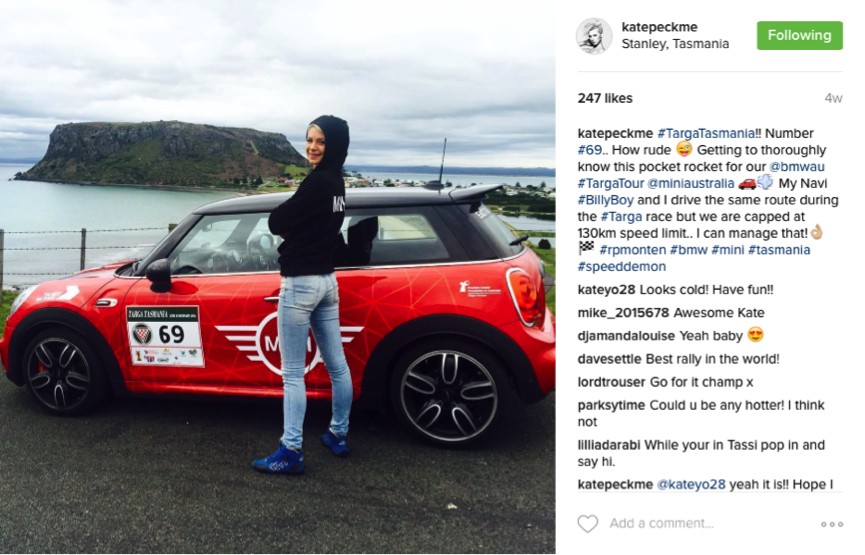 Ksenija Lukich is the new face of newly established E! Australia and co-host of the The Hype. She isn’t all looks an glamour, boasting a Post Grad degree in Journalism student from UTS.

This well-known presenter has hosted some of Australia’s biggest events including the Guess Spring Summer 2015 Launch alongside Gigi Hadid, and the Kendall+Kylie Collection for FOREVER NEW. It’s apparent from her social channels, she’s very much into fitness, friends and good food! 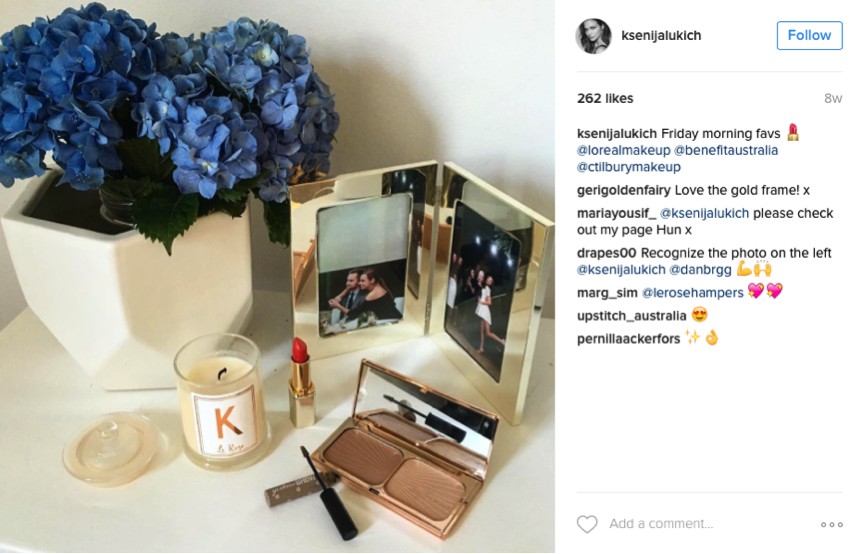 Carissa Walford is an up and coming Australian television presenter, focusing mostly on music, fashion, film and pop culture.

As the female face of Foxtel’s Channel for a staggering 5 years, Carissa progressed to hosting her own TV show #VTRENDING.

Carissa brings a wealth of experience, reporting internationally on the latest news to interviewing some of the biggest names in the business, including artists like Iggy Azaelia, Pharrell Williams, Channing Tatum, Ed Sheeran, One Direction, Matt Damon, Cara Delevigne, Kim Kardashian, and Drew Barrymore.

Her engagement through her blog and social platform has gained a powerful and influential voice that has brands lining up. 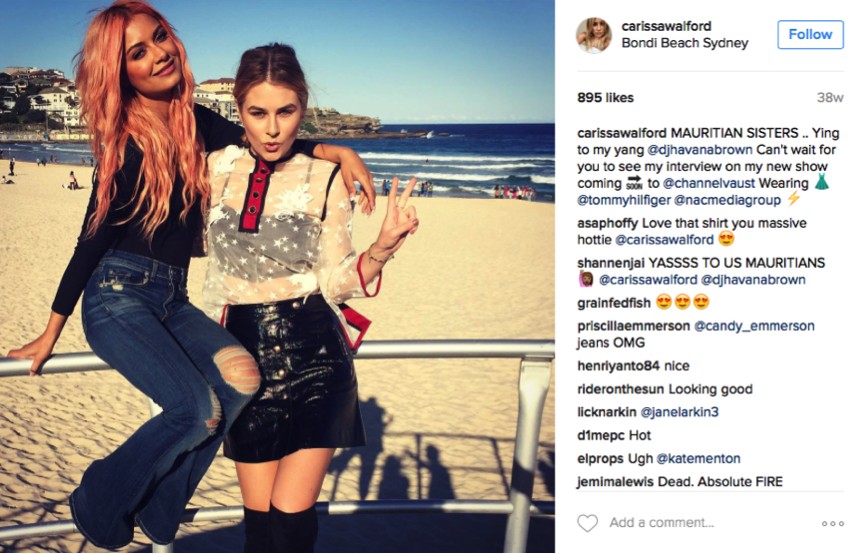